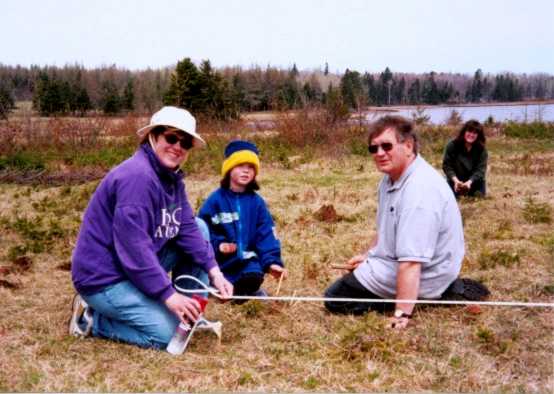 Constructing the Father's Heart Labyrinth in May 2001

The history of the Father's Heart Labyrinth began in the winter of 1999/2000 when the Director of Healing Presence Retreat, Jim Wilson, received a word from the Lord that he was to study the life of David. After several months of study, Jim felt God leading him to plant a symbolic representation of David in the form of the Star of David on the Retreat grounds. Jim is a horticulturalist and plant breeder and he had already raised several hundred English oak seedlings at Healing Presence from acorns collected from oak trees at his home in Nova Scotia. In the spring of 2000, Jim and his son, Andrew, designed and planted the Star of David on a 2 acre site near the water. The Star is outlined by 84 English oak trees planted 7 feet apart. English oaks were chosen to symbolize the verse, "They will be called oaks of righteousness, a planting of the Lord that He may be glorified" Is 61:2-4 NASB and because of English oaks' unusual characteristic of keeping their leaves year-round ("...the leaves of the tree (of life) are for the healing of the nations" Rev 22:2 NIV) .

In the winter of 2000/2001, God put a desire within Jim to design a labyrinth, called the Father's Heart labyrinth, to symbolize the journey of the believer into the heart of Father God. Again Andrew added his engineering expertise and in early May 2001, Jim and Andrew laid out the design for the labyrinth at Healing Presence within the Star of David. Jim and Barbara and a group of friends from Nova Scotia got together a few weeks later on the Victoria Day weekend and planted over 700 Norway Spruce seedlings outlining the pathways of the labyrinth.

There are seven (symbolizing "perfection" or "completion") pathways (symbolizing the "seven-fold" Spirit of God); each pathway is five feet wide (symbolizing "grace"). After a journey of over 1200 feet following the many twists and turns of the labyrinth (symbolizing the various events, both positive and negative, in a person's spiritual journey), the traveler finally arrives in the heart-shaped centre, the symbolic "Heart of Father God". In the centre of the heart is a large horizontal cross (symbolizing Jesus' sacrifice for our sins). The cross was purposely made wide enough and long enough to allow a person to stretch out on it, as a prophetic act of surrender to God. 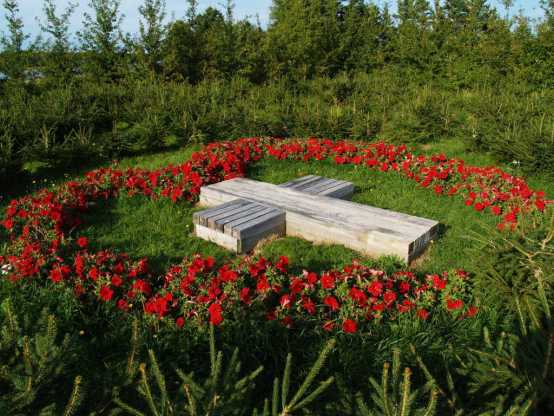 Centre of the Father's Heart Labyrinth in September 2007 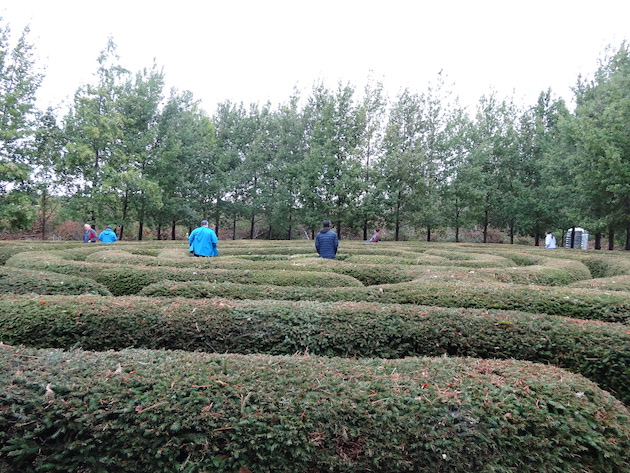 The Father's Heart Labyrinth in September 2018 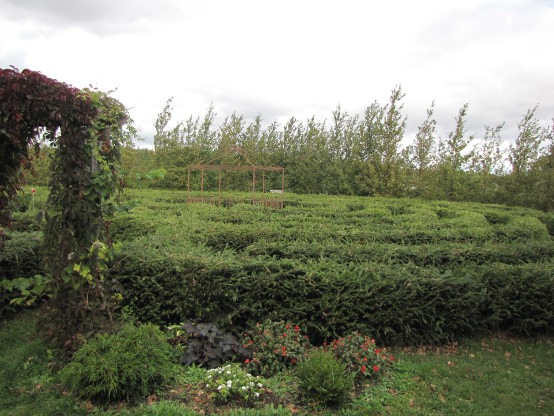 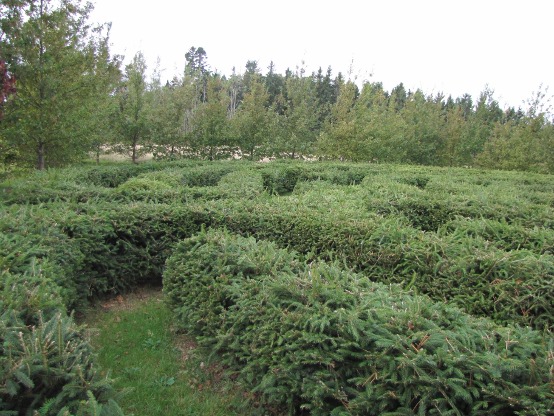 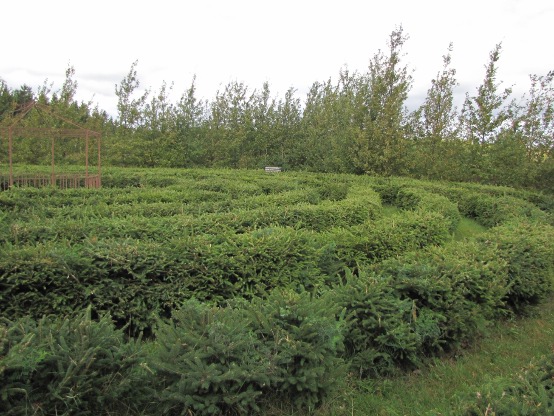 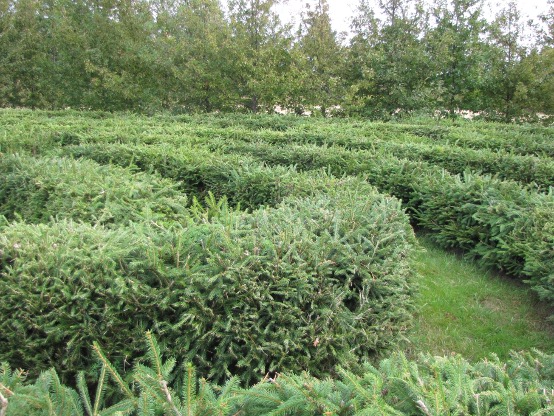 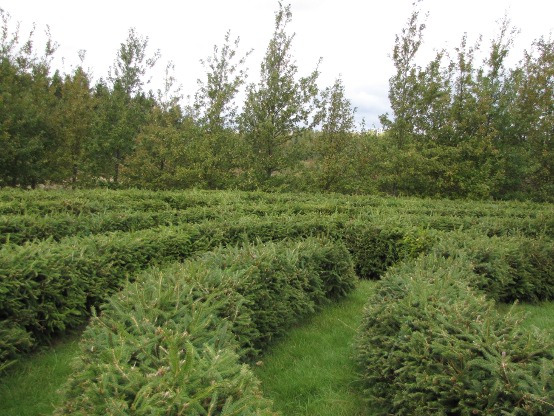 The Father's Heart Labyrinth in October 2010 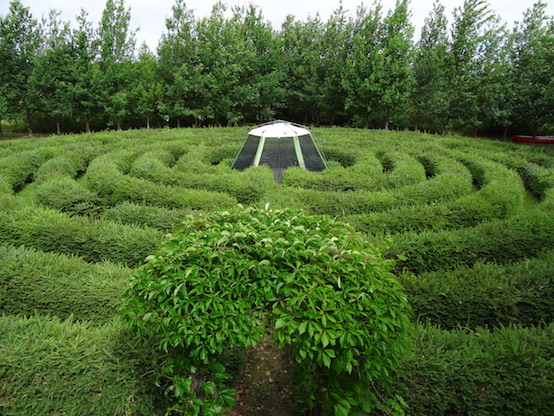 The Father's Heart Labyrinth in August 2015

Walking the labyrinth with an attitude of humble expectancy will allow the Holy Spirit to take you deeper into the Father's Heart.

"When you come looking for me, you'll find me. Yes, when you get serious about finding me and want it more than anything else, I'll make sure you won't be disappointed." Jer 29:13-14 The Message